The expanding Eurocopter AS350 Squirrel fleet in service with PDG Helicopters has reached a combined flight time of 200,000 hours, demonstrating the rotorcraft family’s reliability for the most demanding service and its flexibility across a full range of on-shore operations throughout Ireland and the United Kingdom.The milestone was celebrated today on Eurocopter’s exhibit stand at the Helitech International exposition in London, with PDG Helicopters Chairman Timothy Laing joining Markus Steinke, CEO of the Eurocopter UK subsidiary.“We are proud of our long-term relationship with PDG Helicopters, Scotland’s main onshore operator, and are fully committed to support this operator in its daily missions,” Steinke said. “We have created a true partnership, and look forward to working together over the next decades and beyond.”PDG Helicopters began operations in 1973 in Scotland and purchased its first AS350 family’s AS350 single-engine rotorcraft in 1985, with the company’s fleet now including the single- and twin-engine AS350, AS355, AS365 and EC135 versions.“We’ve set new standards in helicopter operations with our Squirrel fleet, and PDG Helicopters has become synonymous for delivering reliable, quality service in all areas of light/medium helicopter usage,” Laing explained. “The Squirrel is ideal given its ability to switch roles very rapidly from utility operations to comfortable passenger transport. As we mark our 40 years in business, our company looks forward to consolidating its dominant position in aerial operations.”PDG Helicopters’ AS350B2s deliver much of the company’s lifting services, undertaking such tasks as moving live salmon smolts, along with transporting steel and concrete for construction projects. These rotorcraft also provide emergency cover for utility companies and are regularly involved in renewing assets and stringing line between pylons, as well as moving bulky loads to difficult locations.The AS355 has become the aircraft of choice for aerial survey, asset management and passenger transport, with its inventory increasing during the past several years. These rotorcraft are heavily-involved in aerial survey across the United Kingdom, and in conjunction with one AS365, support the movement of personnel. Both helicopter types also have played prominent roles in many highly acclaimed film productions.PDG Helicopters relies heavily on logistical support from Eurocopter, as many of its operations are time critical. Consuming about £1 million of spare parts annually, the relationship is fundamental and constantly evolving following the operational needs.Operating from bases at Inverness, Cumbernauld, Wolverhampton and Dublin, PDG Helicopters covers the entire United Kingdom and Ireland, moving people and materials while providing an increasingly sophisticated aerial survey service through its sizeable investment in a range of advanced camera systems. 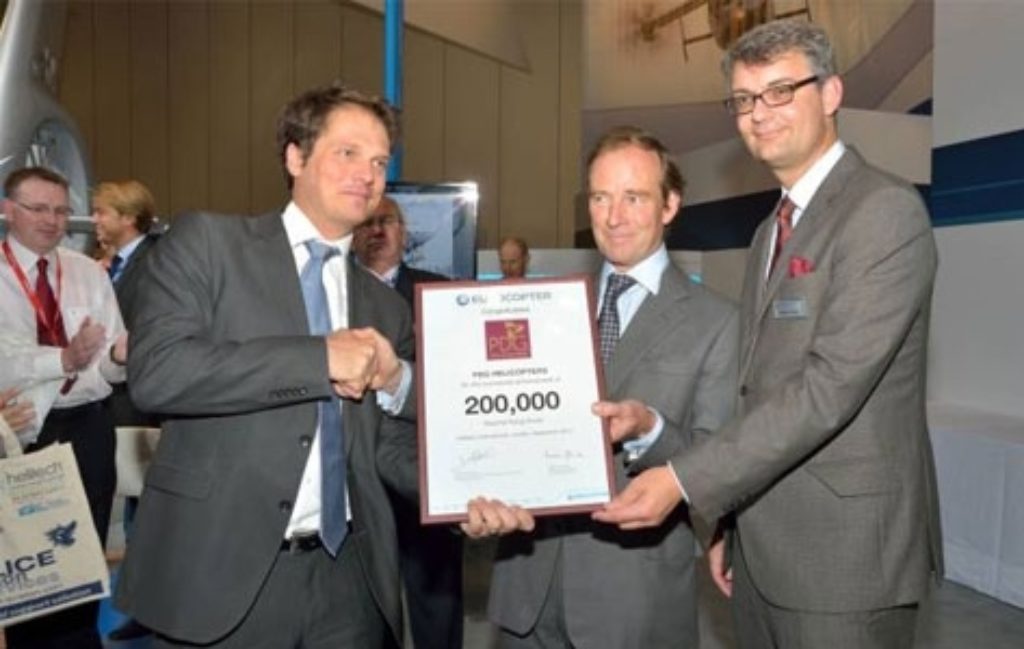